What Is So Special About Her

Really – what is so special about her, that you refuse all your friends’ advice to find another one (“Dude, there is just plenty of fish in the sea”) and all you can think about is to get her back?

Well, I don’t know about you and, obviously, can’t speak for you, but in my experience, the bigger part of it is that special connection, the bond you have both built during the time (usually years).  No matter how much I do realize that there really IS plenty of fish, that special connection is actually rare and definitely not granted with every other relationship.

It is not that difficult to get a girlfriend. I mean, you just need to prepare yourself for lots of NOs and finally, you will get a YES. Numbers game, right? So you date her, sleep with her, have some fun… But to get to that state of connection, that’s a whole different level. And I’m not even mentioning that always present chance that she would ditch you. And you would have no idea why (“everything was just perfect, man, I don’t know, it just came out of the blue”). Just between you and me – the reason usually is that you start being complacent and she realizes you are different than she thought you were. The more compliant you get, the lower her attraction level for you. Quite counterintuitive, isn’t it? I mean, she might still love you and care about you, but her attraction level just drops to a level, where she is not attracted anymore. That’s why women are attracted to jerks. They do what THEY want and refuse to be a nice lap dog on a leash. A pushover. And outwardly, women express how terrible those guys are, but then many of them end up dating them. “I don’t know how that happened, I just felt so attracted to him”. And we all know girls have plenty of ideas on how to teach you a lesson – for example by ignoring you. Did you know that women initiate eighty percent of divorces and breakups?  So don’t be too nice of a guy, just don’t. 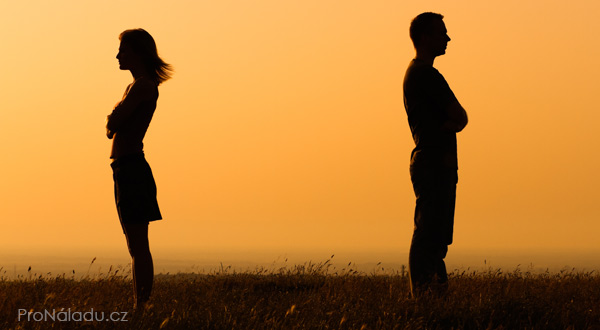 So you might have this idea that she Is Not Like All The Rest. I have no doubt – she is probably great. But let’s face it – there still is a plenty of fish, who are at least that awesome. Their levels of awesomeness might go through the roof. The point is, we need to switch from this scarcity mindset to abundance. There is no shortage of beautiful and awesome women. We must realize this and also one other thing. Which is: You – We – must be exceptional men to be able to date exceptional women. If you are just an average Joe (nothing against that though), how can you expect a beautiful, funny, smart 8, 9 or even 10 to date you? Honestly – why would she do it? Put yourself in her shoes and imagine you look like Brad Pitt. Would you date a girl next door? Sure, you could. But why the hell would you? Why?